The Flow-Flow WordPress Social Stream has just hit the milestone of being sold 5000 times and we think it’s time to do big changes! Before major design update upcoming in version 3 this year we want to introduce performance update for version 2.10. This version gives you all the same functionality as the previous versions with some added improvements. The developers opened up the hood and retooled the plugin’s architecture – for better performance as well as a better UX. The changes made significantly improve server performance, efficiency and the user interface (UI).

Important! For those of you upgrading from a previous version of Flow-Flow: It is highly recommended that you update to the latest version via FTP. Why? Because if you upgrade via .zip file from the WordPress dashboard all feeds cache will be deleted on plugin deactivation. If you update using FTP than the server won’t need to rebuild cache for each feed.

In case you have a lot of streams and feeds, backup your site first. We recommend using something like VaultPress or BackupBuddy with database backup.

Feeds Are Now Separate From Streams

Feeds and streams are now organized into different tabs. Users will create feeds independently and connect them to streams. This comes with a couple advantages. This can improve workflow and save you time spent adding feed sources. A feed from the same source will not have to be duplicated in multiple streams as before. One feed will be directed into multiple streams instead. This will improve post getting time and overall performance since it is a more efficient way to allocate resources.

If Flow-Flow encounters an error while it is requesting a feed, the feed will automatically be disabled until the problem is resolved. This allows to not overload server when it requests posts from API again and again if for example feed is badly configured. Also from now you can enable/disable feeds manually in dashboard. This way you can pause specific feeds from displaying everywhere it’s connected.

The rebuild cache feature allows you to reset the cache for your feed. This comes in handy. Sometimes your cache will become outdated or modified for one reason or another. Now you can quickly select the rebuild cache option for a quick fix in the case that your cache becomes corrupted.

There were also some minor UI improvements made as well just to keep things up to date. After all, it wouldn’t be fair to change things under the hood without adding a little eye candy now would it? The Instagram icon and color has been updated and some minor changes in the admin panel were necessary to accommodate the retooling.

Flow-Flow WordPress Social Stream is already a great plugin and the Looks-Awesome team is dedicated to making it even better with fresh updates and new improvements. Stay tuned, because we are getting ready to roll out Flow-Flow version 3.0 soon.  Feel free to share this post and remember, we love feedback. Contact us if you have any questions, feature requests or issues you’d like help with. Let the good times roll and keep those snackable social streams flowing with delicious feeds from all your favorite sources! 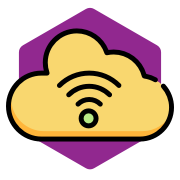 Contact Us Got pre-purchase, legal or other question? Drop us a line!
Back To Top